Hebrew Carmina Gratulatoria from Franeker by Georg Martonfalvi and His Students

This paper discusses three Hebrew gratulatory poems from the corpus of so-called carmina gratulatoria hebraica composed by 17th century Hungarian peregrines in Franeker (Holland). It introduces the genre and context of this type of poems. As carmina gratulatoria represent a community oriented genre, they offer a wealth of information about their sociocultural setting, in our case the relations of the writer and his addressees, his education in and knowledge of Hebrew in Hungary and in the Netherlands, the writer’s skills of Hebrew and writing poetry. This is the first study of these Hebrew poems from the 17th century.

The present writing discusses analytically Sándor Fazakas’s book entitled We have sinned… The church in the context of historical and social sins. It is known that in the darkest decades of the last century, the Christian churches were in the focus of different totalitarian oppressing regimes. Under these conditions it seemed to be impossible and/or senseless to interpret questions of social and private sins from the viewpoint of church organisations, church leaders, or laic believers. Sándor Fazakas is breaking taboos when exposing – beyond the hard to judge victims’ destiny – the moral and theological facets of the collaboration with the oppressive regimes. Based on his vast knowledge of history, theology, philosophy, and sociology, the author offers worthy of considering aspects for the difficult task of encountering the past, avoiding at the same time the nowadays rather common ad personam accusations.

John Calvin was devoted to restore the sanctity of the Genevan townsfolk, by which he understood the practical fulfilment of God’s Law, the Ten Commandments. To be sure, his primary intention was to exert an influence on the texture of daily life of the Genevan population. He delivered sermons and published-edited commentaries in order to establish his new theological ethics, and marital reforms concerning the adequate moral life of a Christian family. He fought against every kind of sexual crime, including fornication and adultery. However, while Calvin accepted in theory that adultery ought to be punished with death penalty, the Genevan reality was very different, because Calvin was preaching from the mercy of God day by day.

Calvin’s thoughts on Christian marriage and family life raised several historical, judiciary and social questions. An examination of Juhász Péter Méliusz’s Debrecen-Egervölgyi Confession and Major Articles shows that Calvin’s heritage deeply influenced the Hungarian Reformed teaching on engagement, marriage and divorce. Nonetheless, the readers will find that the reformers of the “Hungarian Reformed Church” did not cite directly the theological and ethical works of Calvin or Luther concerning the questions of fornication and adultery. An examination of the operation of the Magistracy of Debrecen reveals that, in case of adultery, sinners were allowed to receive the clemency of their spouses, extricating them from the legal procedure with this merciful statement: “I take no pleasure in the death of the wicked” (Ezech 33,11). Between 1547 and 1625 only 26 people (female: 17, male: 9) out of a total of 241 persons (female: 136, male: 105) accused of fornication and adultery were actually executed. Nevertheless, death sentence was promulgated in cases of serious fornication mixed with sexual violence or murder of infants.

Catechization in the Reformed Church. I.

Educating the children in Christian faith has always been a high priority and necessity in the church. Teaching them the confession was the core of the educational process. The religious education was started by parents at home. They must have had sufficient religious knowledge to teach the basics to their children. This was called private catechetical education. In addition to this, the church also provided a deeper, so-called public confessional education to the children. This was taken care of by ministers, primarily in the church building during the afternoon regular church service for both children and adults. During wintertime, when it was too cold for teaching in the church building, ministers gathered the children in their own houses. When children were grown to the school age, the regular denominational school took over the educational tasks and started to teach, beside the regular disciplines, religious subjects too in greater details. The examination of the children took place in the church building publicly, in the presence of the congregation, under the leading of the local minister, or by the dean of the classis during the regular annual inspection in the congregation. During the examination with the attendance of the local congregation, the leader of the inspection often also sized-up the congregation’s confessional knowledge, posing questions from the catechism even to some adult members of the congregation. This mode of examination of the children is more effective – according to the church regulation. The educational system was based entirely on the Christian teaching that by these means penetrated deeply into various levels of the society.

Anna Teleki, a “most noble and most judicious woman” of Transylvania

The father of Anna Teleki was Count Domokos Teleki Sr., the later chancellor and memorial writer of Turda, her mother was Countess Judit Bethlen of Bethlen. Her mother dies when she was one years old, and her two brothers follow their mother soon. Until the age of six, she was raised in Apanagyfalu (Nușeni) and Cluj-Napoca by her maternal grandmother, Countess Júlia Wass from Czege, wife of Count Elek Bethlen. When her father remarries, she moves to Sárpatak (Șapartoc). At the age of 15, in 1798, she became the bride of the famous mineral collector, Count Domokos Teleki Jr., but her fiancé tragically died the same year.

Attila Orosz: The Life of a Bishop. The Life and Work of Sándor Ágoston 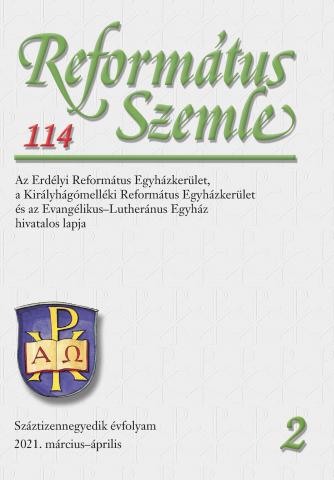