The Református Szemle (Reformed Review) publishes scholarly articles and critical reviews in the field of theology / religious studies and adjacent areas (history, philosophy, art history, archaeology, sociology, literary history, etc.). In line with its tradition (see the historical overview in the sidebar), the journal is published by the two Reformed church districts of Romania and the Lutheran Church of Romania. Its editorial office is located at the Protestant Theological Institute of Cluj-Napoca, the accredited higher educational institution founded and supported by the above mentioned churches.

The first issue of the Reformed Review, launched as the official bulletin of the Reformed Church District of Transylvania, was published on January 10, 1908. The Journal appears without interruption ever since. From 1908 to 1950 it was an official publication platform for the Reformed Church District of Transylvania, from 1951 it became a journal of the two Reformed church districts (Transylvania and Királyhágómellék-Partium), and the Lutheran Church of Romania. The Review is published bimonthly in ca. 120 pages and 900 copies.

Although the publication of the number of research articles has been increasing since the 1920s, the regular publication of such content can be traced back to 1964. At about the same time, the permanent sections of the Reformed Review, structuring its content, begin to emerge. These sections frame the articles within the four major branches of theological disciplines: biblical theology, practical theology, systematic theology, and church history.

The Reformed Review occasionally also publishes articles in English and German, and some of its issues have even been published entirely in foreign languages with the aim to making the fruits of Transylvanian theological research available to a wider audience.

Since 2001, the studies published in the journal undergo a strict review process. The ambition towards a higher quality journal was supposed to be reinforced by enhancing the editorial board as well as the number of collaborators since 2008.

The Reformed Review in indexed databases 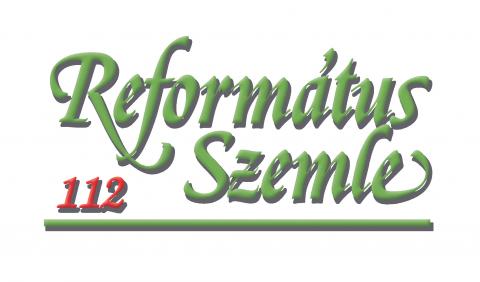